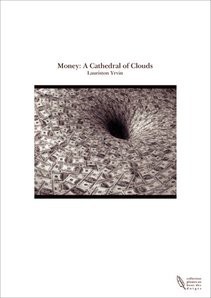 Money: A Cathedral of Clouds

In this world decorated, adorned and embellished with hypocrisy, knavery and meanness, many vital things of life are not stamped and free of taboos, s 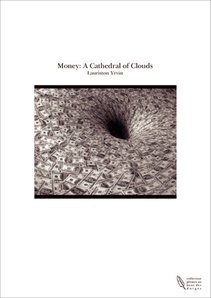 Money: A Cathedral of Clouds
In this world decorated, adorned and embellished with hypocrisy, knavery and meanness, many vital things of life are not stamped and free of taboos, s
Annuler
ou
Connexion

Découvrir Lauriston Yrvin
Ses ouvrages
Vous aimerez aussi
Résumé
In this world decorated, adorned and embellished with hypocrisy, knavery and meanness, many vital things of life are not stamped and free of taboos, stereotypes, and clichés. However, love, sex and money to mention only those are not spared the lot of the prohibitions imposed by the cowardly and shameful society but which are indispensably quintessences and unconditional flavorings adventure of tellurian. Nobody can do without even if we pretend to stay a little away for reasons to show moralist and conformist slyly.
And this booklet entitled "Money: A Cathedral Clouds" painted a sad picture of our daily careful way to make sense of things. It presents livable reality that money plays a leading role in the social development of all people, of every society and nation in one way or another. Some see money as a license to live, to survive, to make a name, social ranks and nobility. Others see it as a mystery, a power, a commander which actually gives, orders, sets, changes, transforms, among others, a cathedral of clouds etc... Whatever, money is a daily economic survival to compass, it does not leave a surprise for such a dirty thing that one should get rid of or an ambiguity that is difficult to describe. For others, it is it which is responsible for the pain and wounds of the consortium, the company arranged or projected.
In spite of all these skins types, these trivialities, these negatives things about money: Is it really responsible for wrongdoing, degradation of human beings? Is it good or bad thing? Is there not any positive impact? Indeed, this book is to uncover the facts realistic to sanctify that money is not bad or good in itself, it is the use made of it which is bad. Money has not done anything wrong since it contributes to the sustainability of any and everyone and is seen as an economic heritage throughout the earthly life. It is a medium of exchange and a simple energy allowing us to appreciate and live of production of the others and by rewarding us for services rendered to others ...and what about its role ...?What about its importance? Hence, a basilica or an abbey full of cumulus...

Most people in the world are followers and watchers, real puppets or marionettes residing on the good faith of others against their will, they follow the example of others irresistibly, imagining that they cannot think, see or do otherwise unaware that the clash of ideas brings out the light. They sacrifice their sacred right to be different than the other and that theirs could be a source of innovative ideas of big changes. They always accommodate either conformist or conventionalist since everything that accepts and agrees to be true here below you do it is agreed by convention, by protocol, compromise or failure to make different from other shows by compliance.
Truth is relative, proportional and there is no absolute truth, hegemonic, dictatorial, tyrannical, despotic and sovereign.
This is non-sense, a blunder, silliness, a stupidity and a foolishness to say that we have the truth, but preferably we found a truth since there are many truths in this blue sky. And what is true or seems true for one is not necessarily true for the other and vice versa ... And what is or is taken to be true today may have revealed archi- wrong tomorrow ...
However, in this world crammed, filled, packed and crowded of hypocrisy and meanness, so many things still ambiguity to talk and describe. Sex, love, money, are not free but are taboo species, quintessence, flavors of life and existence.
In our civilization, our culture or in our contemporary society, money is an am-biguity, a dirty thing we will not talk about it. Often they say "money does not buy happiness." Money is a curse, as a necessary evil religion is. Money does not buy happiness, yes, but it makes the comfortable misery. "Where your treasure is is your heart." "When you're born to a roll, you cannot have your cake and eat it too." "Money does not grow on rocks." "Money is the devil." 'Money is the blood.' All these clichés, these trivialities, these stereotypes about money may have an unconscious psychological consequence often takes us away money and prevent its manifestation in our lives. Whoever can validly argue, rather nobly say: "Money is a simple energy, a medium of exchange." But yet the misuse of it can cause a lot of harm to society if when we have, we take it to an idol and that we do want to share with others and do good with it as creating or undertake social work and works for the welfare of the deprived. Whoever possesses great wealth should devote Much to do good, here's what you should teach people who conquered much money honestly through the fruits of their labor: You see it's not the money that is bad is the use that in fact, just as religion can do much harm by misuse thereof. Truly, the religion as money is of course a necessary evil, but without religion the world would be a cut-throat without ignoring the crucial harm to it the world. We are aware that the majority of bloodshed that has flooded the entire planet had the primary cause of religious fanaticism.
Just as money can be responsible presump-tuously quite ills. But this does not mean that it is bad in itself, but preferably use made of it. Instead of talking about a lot of money should rather teach people to earn money honestly by the fruits of their labor. Money is the reward for our hard work. Rather, it is better to fight greed, greed but not the value of money. Before the invention of coins and paper notes, people once used the trade or barter to trade between them. It was not until the 17th century that they were invented coins and banknotes. If money is an evil, barter was it too before its invention?
However, despite all these bad speech about money, it is emphatically precisely the god of this world above all. Nobody can ignore it even if it is itself open to be hypocritical, insidious to oneself. This is what everyone undoubtedly inevitably searches whether you are religious or non-religious, no one is exempt. You see, we go to school, a brilliant student, accumulates many diplomas why? To find a better job and to pay us more money reward helping us to meet the requirements of the telluric life. Many people are very tight in order to save a little more money to be financially secure and cost budgets, it makes life a little bearable and admissible. Others create companies why? To increase their purchasing power and accumulate a lot of money as profit enabling them to live in luxury, in opulence in abundance and taste the honey of life. What is worse is that there are so rigid, tough and economists to themselves, by dint of striving to accumulate money, it looks like they had a pact with the money saying that they will not die, they'll live forever so much that they give it first place in their lives. Their mantra, their daily mantra is to increase their capital and wealth...
Avis des lecteurs